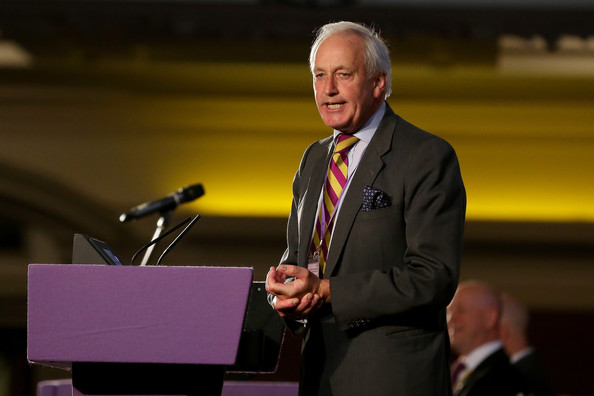 Tales from the Senedd with Neil Hamilton. Plenary session 5.9.2019 / Debate: Brexit and Prorogation of the UK Parliament.

Well, blessed are those who expect nothing for they shall not be disappointed, and I didn’t expect to hear any new arguments today from the ‘remain’ fanatics who have given rise to the debate. We had an eloquent threnody from David Melding, which I found very effecting and an interesting constitutional disquisition from Hefin David. But otherwise, we’ve gone around the same course that we have many, many times before, and so, what this Assembly has been doing today is perhaps what it does best, certainly in relation to Brexit, namely to posture impotently and polish its anti-democratic credentials.

The plain fact of the matter is that 53 per cent of the people of Wales voted to leave the European Union without qualification in 2016, but 100 per cent of Labour Members, Plaid Cymru Members and, of course, the sole Liberal Democract, of course, are remainers. There is a disconnect between the people and this Assembly, as indeed there is at Westminster.

The leader of Plaid Cymru, I thought, undermined his own argument by the ridiculous hyperbole in which he indulged, comparing Boris Johnson to Oswald Mosley, et cetera. He talked about Boris Johnson’s contempt for democracy. I think the greater contempt is the contempt of his party and of the Labour Party for the decision of the British people, which was quite unambiguous, three years ago—or now more than three years ago. It is certainly quixotic to accuse the Prime Minister of being a dictator when he has said that he wants a general election to resolve this impasse. Dictators are not normally found calling for elections that they themselves might well lose.

Now, the period of time that has been argued about today, in which Parliament would be prorogued, it is said, means that we remove an opportunity for scrutiny, but we know that the truth of the matter is that all the scrutiny of all the arguments has been done on both sides many, many times. This is nothing to do with parliamentary scrutiny at all. It is in fact everything to do with the anti-democratic determination at all costs of the remainers to defy the will of the people in the referendum, and the great problem that we now have, the great constitutional problem that we now have, is that we’ve got a ‘remain’ Parliament versus a ‘leave’ people.

This Assembly is even more of a ‘remain’ Parliament against a ‘leave’ people because Wales, just as England, voted by 53 per cent to leave, but in this place, the ‘remain’ majority is even greater than it is at Westminster. So, a general election is long overdue. We need a general election at Westminster to sweep out the sewers of the anti-democratic detritus that blocks the system, because that general election will be about one thing and one thing only, and that is Parliament against the people of this country. I think there are no prizes for guessing what the outcome of that will be.

When MPs voted for article 50 to be triggered, they all knew what they were doing, and that included voting to leave without a deal if no deal could be agreed. Now, I think a deal might have been agreed if we had a Government with a credible negotiating position, but that, at every step of the way, was undermined by the ‘remain’ fanatics who wanted ‘no deal’ to be taken off the table, which included the Chancellor of the Exchequer and the business Secretary and half the Cabinet, and the Prime Minister of that time, Theresa May, who was serially indecisive, not a believer in what she was doing. In those circumstances, no British Government could successfully have concluded a deal that would be acceptable to Brexiteers.

The truth of the matter is that, until Boris Johnson formed a new Government, we had a Government of saboteurs. Philip Hammond and Greg Clark in particular did everything they possibly could to undermine the negotiating process and indeed to block Brexit, which the British people voted for. We had the most hopeless Prime Minister, as I’ve said before, since Lord North. She had a strategy to keep us in the EU in practice, and the atmosphere of crisis that we now have was created by her serial indecision, and we’re now presented with a gun to the head.

I agree with Mark Reckless. We didn’t want to find ourselves in a situation where there is no deal. Of course it’s in everybody’s interest that there should be a deal—a free trade deal. That’s what the two-year period that article 50 provides was meant to achieve. But because of the intransigence of the EU, as Yanis Varoufakis, the Greek finance Minister, pointed out in great detail in his great book, Adults in the Room, because he’d seen it all from the Greek perspective, the sequencing imposed by the EU was exactly what they did to Greece, a country upon which the EU has imposed unprecedented austerity, in which the GNP of Greece declined by one third. Now, that’s real austerity instead of the false austerity that we often hear about in this Chamber.

The truth of the matter is that the ‘remainiacs’ think that the British people should keep on voting until they give them what they want. This is very traditional in the EU. We’ve had referenda in Denmark, in Holland, in Ireland twice and in France, and in the immortal words of Monsieur Juncker—I will give way if the Llywydd permits—’If it’s a “yes”‘—and this was in relation to the French referendum—’If it’s a “yes”, on we go, and if it’s a “no”, we continue.’

I give way to the former First Minister.

I’m grateful to the Member for giving way. What is the alternative to the backstop? That is the question that I ask. Lots of people have said they don’t want it, but what is his alternative?

In the words of Simon Coveney, and they’re on the screen here,

‘We do recognise the reality that Ireland will have a responsibility to protect its own place in the…single market and that will involve some checks. But I can assure you that we will try to do that in a way that limits the risk, and we will try and do it…away from the border.’

He is the Irish foreign Minister, and that is the answer to the question.

I am shocked, actually, that Plaid Cymru still calls itself a nationalist party, in spite of what Rhun ap Iorwerth has just said. In fact, they are a regionalist surrender party. Their idea of nationalism is to transfer more and more power away not just from Cardiff, but even away from Westminster to Brussels and hand it to a technocratic elite who we can’t even name let alone vote for and vote out if we don’t like what they do. So, they’re the very opposite of a nationalist party, actually. They’re merely regional separatists and an apology for a national party.

And I’m shocked also that the Labour Party—the party that came into existence to protect the interests of working people—should now find itself reduced to the rump that it is, a globalist conspiracy, which we see in the EU, with all the usual suspects, from Mark Carney and the Goldman Sachs elite and all the international lobbyists, the multinational companies lined up to line their own pockets in Brussels by the use of multimillion pound lobbying companies, all combining to introduce protectionism and a raft of regulations designed to frustrate competition and keep out entrepreneurial, new companies.

This is a massive conspiracy against the interests of working people, and now the Labour Party has utterly abandoned any claim to represent ordinary people in this country. A party that supports mass immigration to depress wages and expand its migrant quota base, and a party that ignores the majority to appease politically incorrect minority groups and third sector political propagandist parasites, increases fuel poverty to enrich multimillionaire windfarm developers, and with a Marxist leadership that would reduce this country to the status of Venezuela. That is the vision of the Labour Party for the future. Bring on a general election, I say, so that ‘magic grandpa’ can be exposed to the scrutiny of the British people and we can get the Brexit-supporting Government that the British people voted for in 2016, and that we deliver back once again the real sovereignty of Parliament, which will come by the repatriation of powers from Brussels to Westminster and, indeed, to Cardiff.